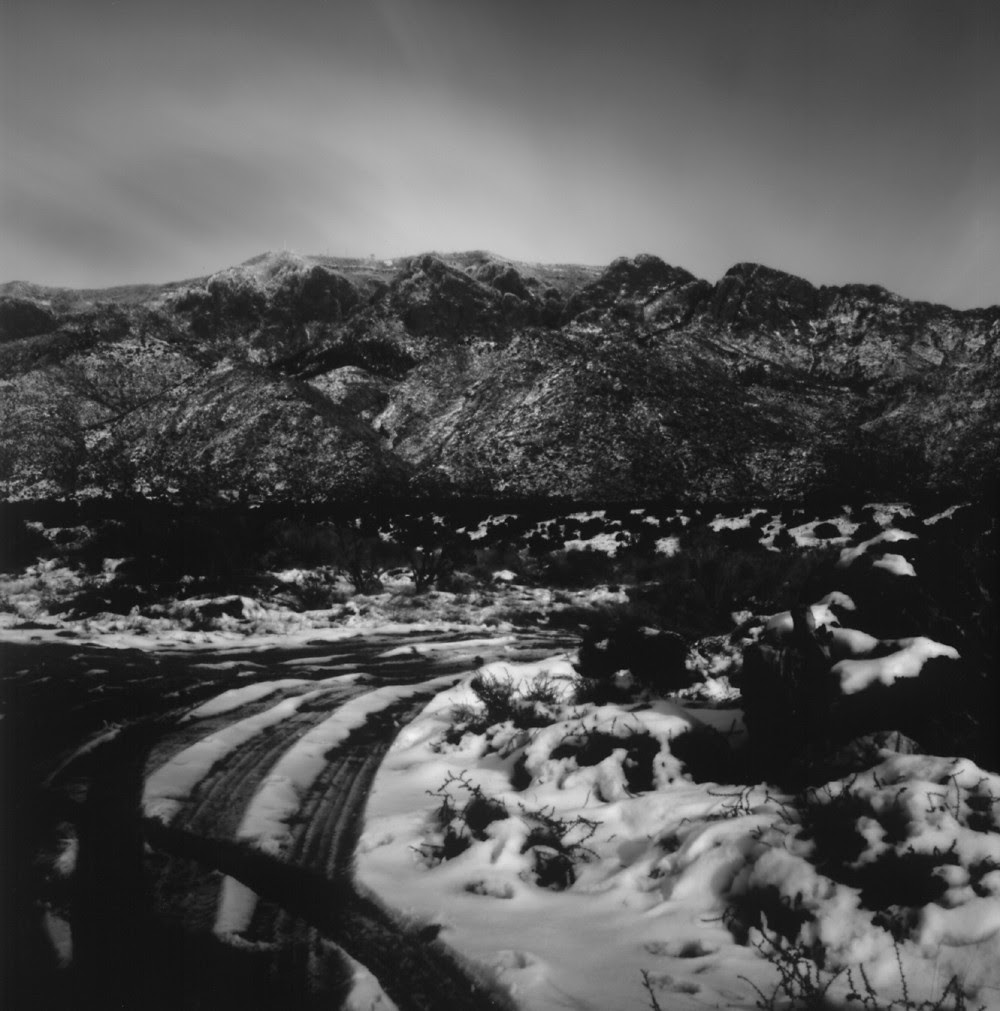 It was way back in 1994 when I had built this large format pinhole camera and was first experimenting with using paper negatives. I had a few years of darkroom experience under my belt, but there were no Internet discussion forums within which to share one's experience and gain from others' knowledge, and so a person had to do things on their own, study the results and learn from their mistakes.

I remember driving off of Tramway road onto a dirt road, now covered in snow, trying to get as close as I could to the mountain without too much distracting foreground clutter. I ended up with this image, whose principal foreground feature is the tire tracks in the snow. This camera has all along lacked any kind of viewfinding device, even viewing dots, and thus framing up a shot requires a certain amount of luck and serendipity. There is the fact of leveling the tripod head, which helps in getting the horizon straight (unless the terrain is sloped). Perhaps in the future, should I decide to start using it again, I can upgrade it with viewing dots.

What's most striking to me about this whole series of images are the dense shadows, caused by the fact that, in 1994, I had yet to discover the magic of pre-flashing paper negatives, which will be a topic in an upcoming article. 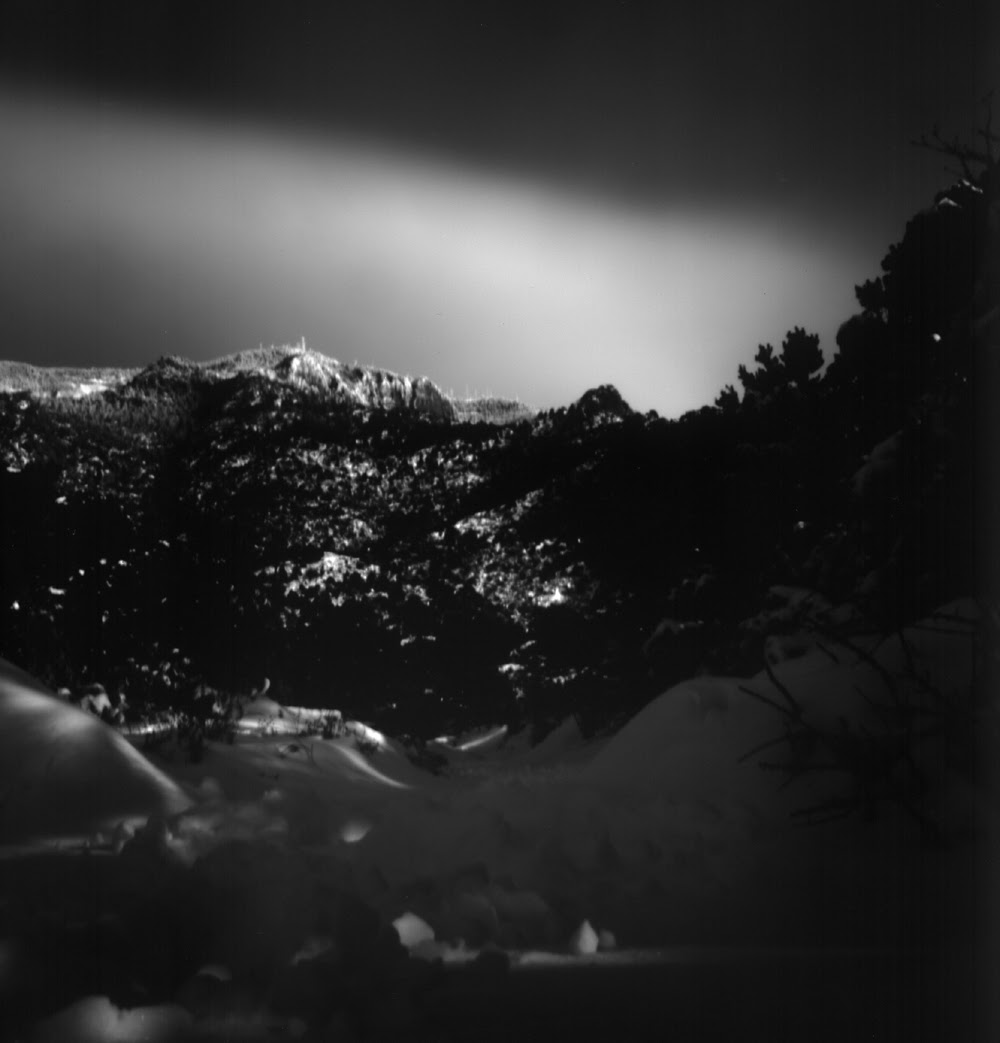 This second image was made during this same outing. Examining the paper negative itself, it appears very much under-exposed. But what detail there is comes to life when reversed into "normal" tones, as I lucked out in getting this image of Sandia Crest, atop which you can just make out the frost-covered antennae. I had to hike a fair bit from the truck, in the snow, and ended up planting the tripod up against this treeline.
Posted by Joe V at 6:12 PM