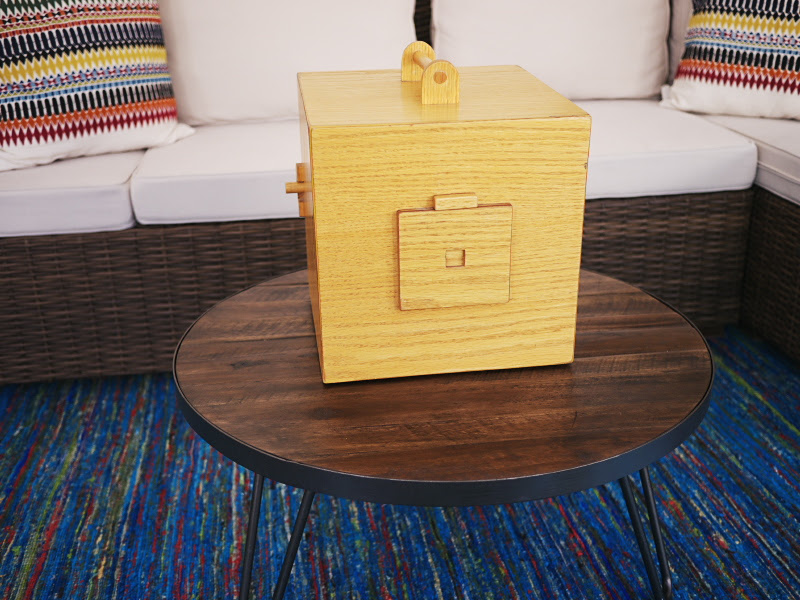 The year 1994 doesn't seem all that long ago, in a geological sense, but it's still some 21 years ago, a lifetime photographically. That year saw me well into a new and rewarding career, and with it the time to begin working on some of my long-nascent camera-building ideas, that had up until then lingered in various sketch journals. This was my first major camera build, employing the idea of a series of film plates that each could be allowed to fall, face-down into the bottom of the camera, after exposure, revealing behind it the next plate ready to be exposed. 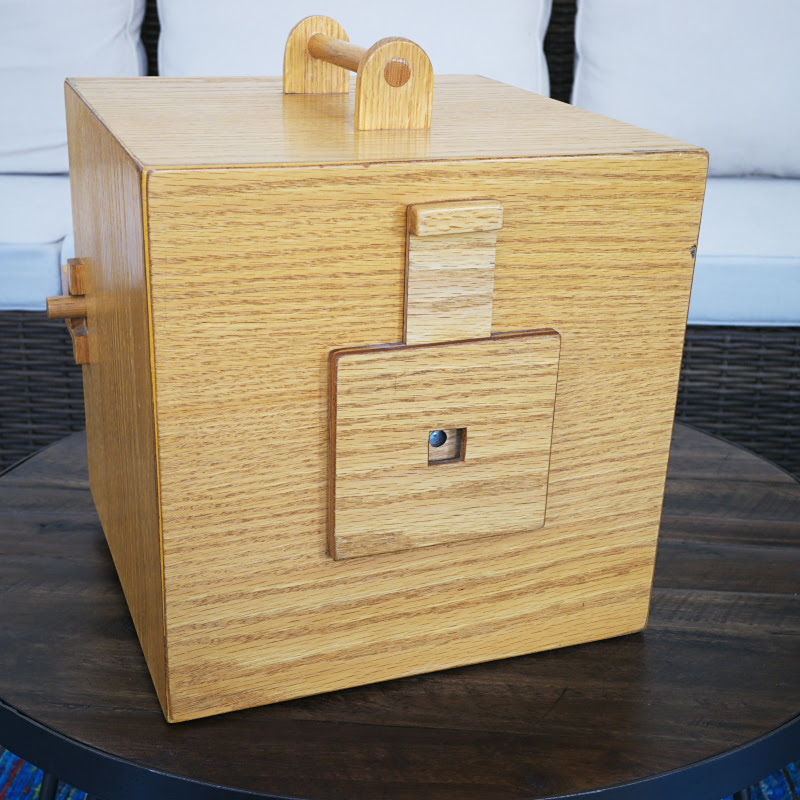 The camera is large and heavy, built from an inner frame of 3/4" square sticks and covered in 1/4" oak plywood, with tripod bushing underneath and carrying handle on top. With an 11" focal length, its pinhole aperture operates at F/458. The shutter is operated guillotine-style, simple and reliable. 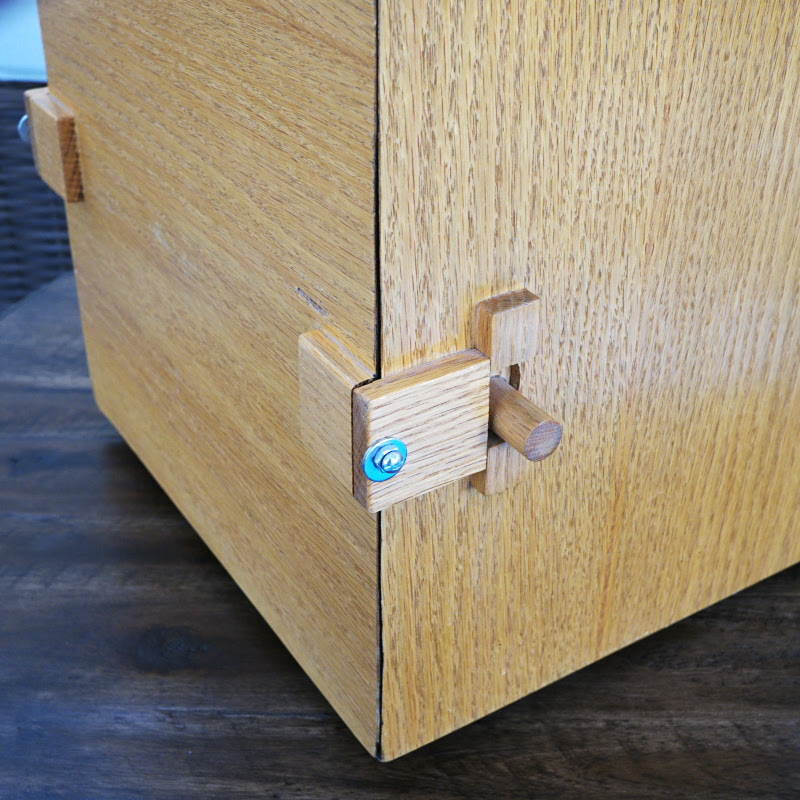 The film plates are accessed via a rear door, that's secured by a set of machine screws. Just in front of these screws, on either side of the door, are the control knobs for the film changing mechanism, that slide up and down to drop the front-most film plate when required. Each knob operates a sliding wooden plate located in the space between the outer and inner walls of the box, which in turn have a set of brass pins protruding into the camera, that operate the film plates. 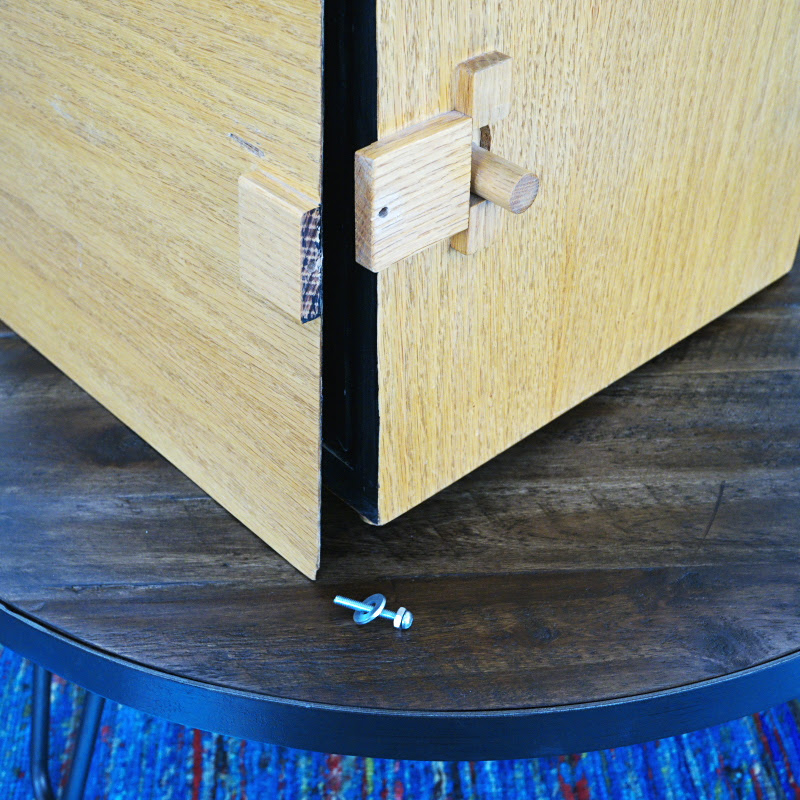 Here the door screw has been removed, with the door ajar. 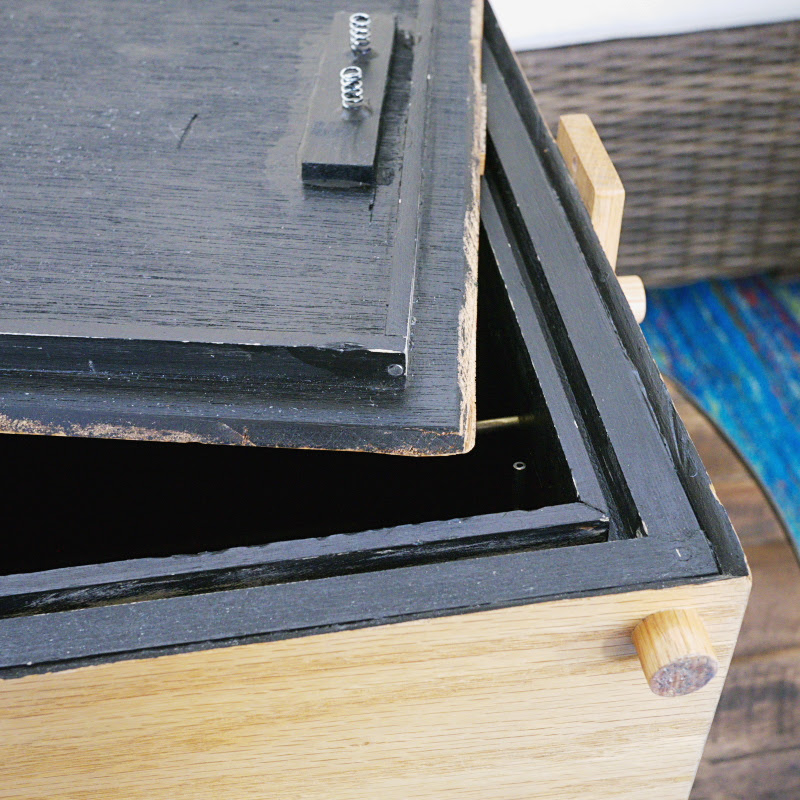 Both the edges of the door and the door opening are beveled to give a clean exterior appearance, but for light-tight integrity there's a substantial light trap, comprised of a deep groove around the edge of the door opening, with a corresponding protruding flange on the door itself. Also make note of the pusher springs on the inside surface of the door, to help keep the film plates neatly situated up against the control rods. 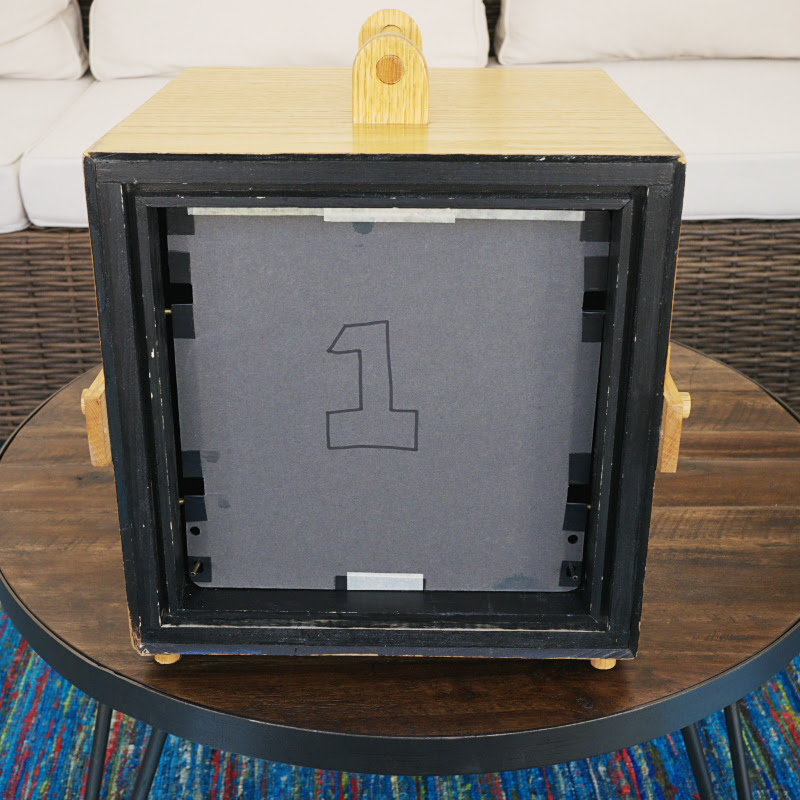 Here's a view of the interior with one film plate in place. Note the guide rods in the two lower corners, that support the plates and guide their motion as they fall. Unlike the later 5"x8" aluminum falling plate camera, featured earlier, this design lacks the lower lip that keeps the bottom edge from slipping off the rear shelf. A possible upgrade could be made here.

Also note the two sets of notches on either side of the film plate, and the two sets of brass control rods keeping this plate from falling; in actual operation the camera would be tilted slightly forward, then both left & right control knobs would be pushed up simultaneously, permitting the plate to fall forward. In a quiet environment you can hear the plate fall, further confirmation of proper operation. Rather than the plate fall all the way to the bottom of the camera and risk scratching the film or paper, there are two black plastic film capsules bolted to the bottom front corners of the floor that stop the plates' fall. The next film plate would have its notches in the opposite orientation, requiring the two knobs to be pushed down for it to fall; the notches alternate thusly for the remainder of the pack of eight plates.

Though the image format is 8" x 8", in practice this camera uses 8" x 10" sheets of paper or film. There are two 1" wide strips of heavy black paper on the front side of the plates that hold the paper or film in place without the need for tape, permitting the 8" square clear image area. 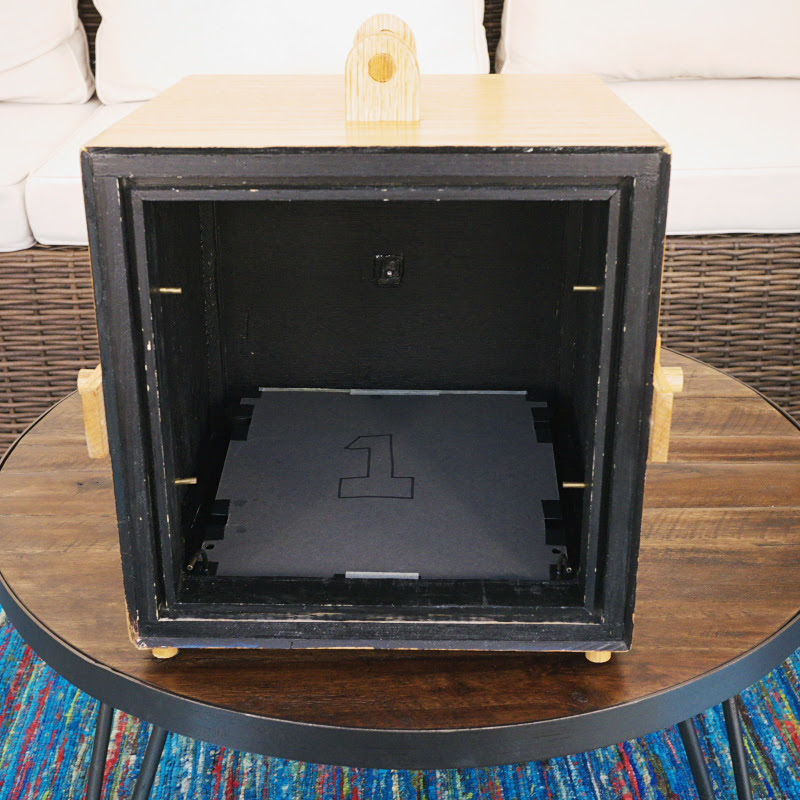 Here can be seen the front plate in its fallen position, with the two sets of control rods clearly visible on either side of the door opening. Also note the top of the fallen plate is slightly elevated off the floor of the box by the film capsules underneath.

Note how the two curved guide rods, protruding through holes in the bottom corners of the film plates, keep the fallen plates from jostling around the inside of the box, in case the camera is roughly handled. You can easily see how upsetting the fallen plates could otherwise easily cause a plate to block the view of the pinhole aperture, which has happened on numerous occasions and was the main impetus for adding this feature.

Though simple and rugged in design, this camera represents a number of evolutionary steps and upgrades along the way, before its operation out in the field could be guaranteed. Even so, I'm cautious to transport the camera in any position other than upright, and usually carry it by its handle between shots, rather than atop the tripod and over my shoulder. As I indicated earlier, further improvements could be made to make it more reliable. However, it has sat in storage for years, with my attention directed to newer camera projects; 1998 is the last year I see record of it being used. Despite that, this camera is significant to me in that it served as prototype for all the falling plate cameras I subsequently made, while also demonstrating the stick-frame-and-outer-sheathing method of camera construction that I've employed in later designs.

In the next few installments I'll be posting images made using this camera.
Posted by Joe V at 12:24 PM