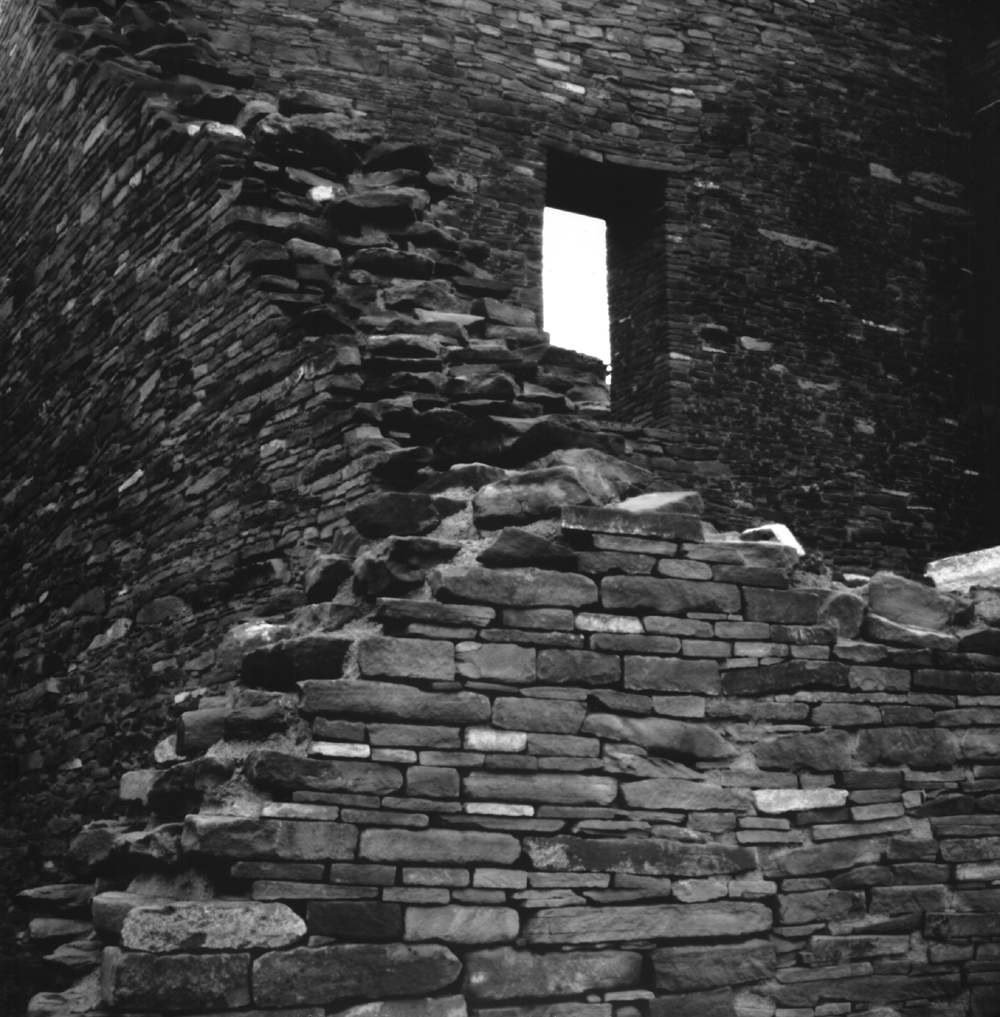 I first became aware of Chaco Canyon from the PBS documentary "The Sun Dagger," narrated by actor Robert Redford, from back in 1982, and since then have made a handful of day trips to this National Historic Park and UNESCO World Heritage Site.

Despite it being relatively well-known, and managed by the United States National Park Service, Chaco Canyon is located in a desolate part of northwestern New Mexico, requiring the lengthy traversing of dirt roads to gain access, which can be treacherous in inclement weather. Yet I've made the trek a handful of times over the last 30 years, and always came away from the experience with a renewed sense of appreciation for the native peoples who managed to build these structures, over a millennium ago, with their high walls of stone and alignment to the celestial sphere, far from the relative conveniences of their home settlements, where finding sources of food and even fresh water would be a challenge.

There is evidence that, over the centuries, thousands of people traveled tremendous distances to spend time here at Chaco, for what purpose we are not entirely certain, perhaps ceremonial; but archaeological evidence suggests visitors came from as far away as central Mexico. I get this sense of a connection with the past when I stop to consider that I, too, am one of those many visitors, not entirely certain of what I'm expecting to find, but drawn nonetheless.

Though this area has been studied more thoroughly than virtually any other archaeological site in North America, it remains an ever-present mystery; which is part of its appeal.

On this day in 1997 I came equipped with my 8" x 8" format falling plate pinhole box camera, loaded with paper negatives, and spent several hours exploring the various ruins at the main site. It was at Pueblo Bonito, the largest of the remaining structures, that I created this image, a window-like opening high up on the wall of the ruins. Though I had a general sense of what I hoped to capture in the composition, I was pleasantly surprised at the results. A contact print of this negative has since graced my living room wall for years.

It's been years since I've been back to Chaco Canyon, the last time being in company with an out-of-state work colleague, where we spent time exploring and shooting video. This image is by no means the definitive representation of Chaco Canyon, but for me it's satisfied my curiosity by providing something tangible to hang my memories upon, while still maintaining that sense of mystery that will always be part of the Chaco experience.
Posted by Joe V at 3:21 PM