All the Better to See You With 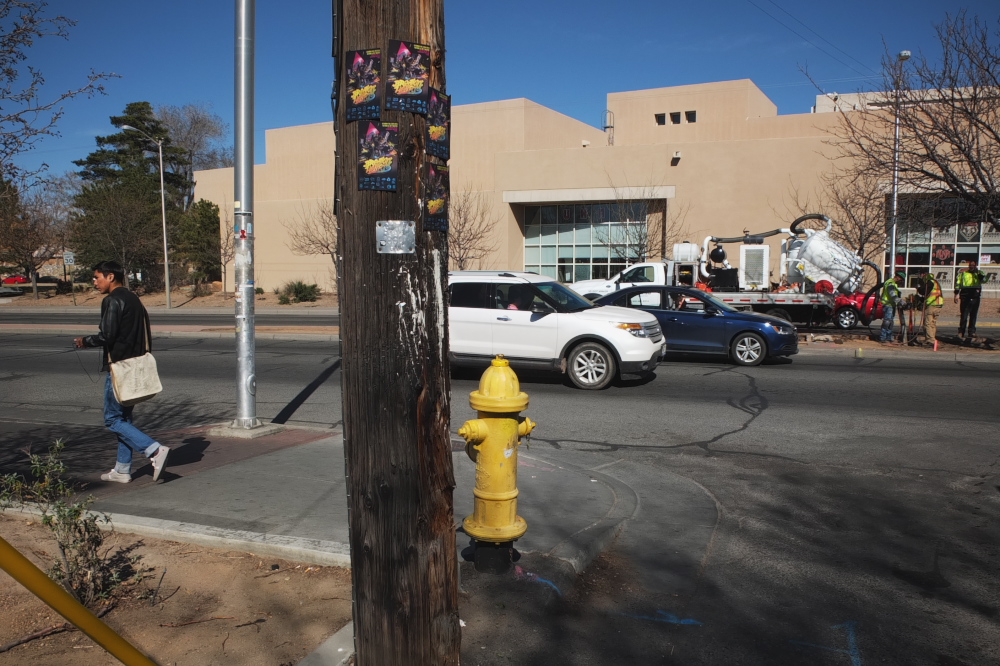 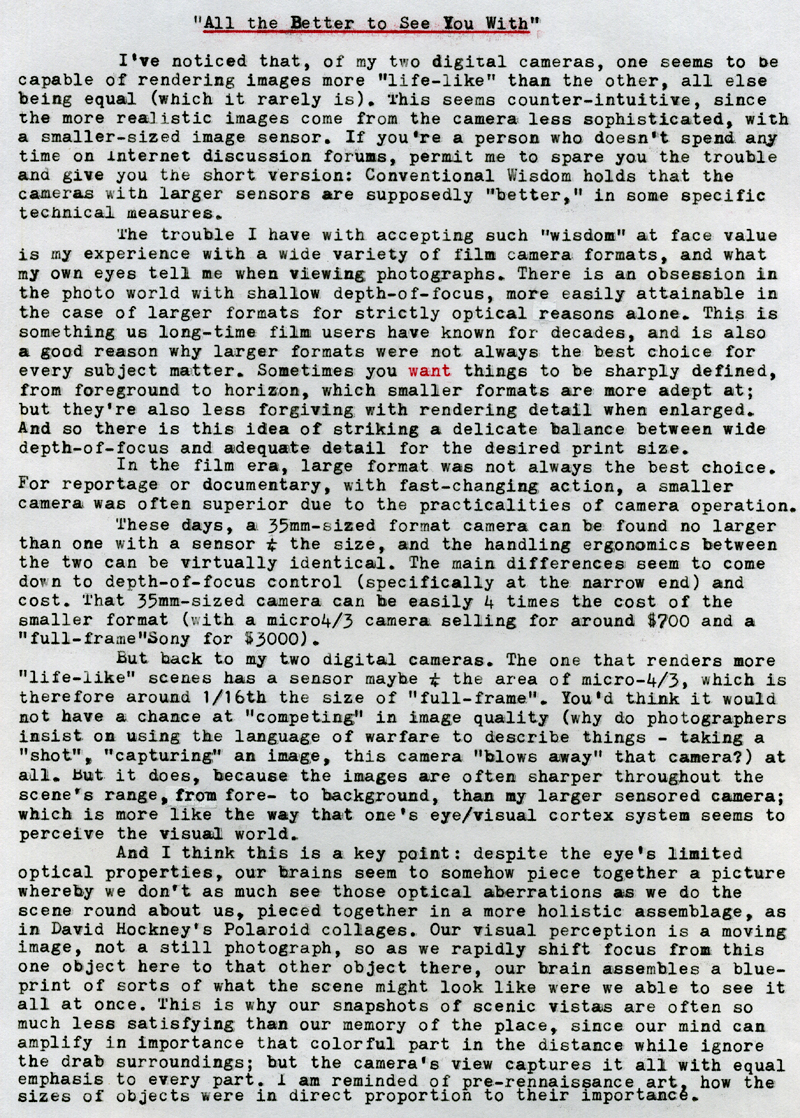 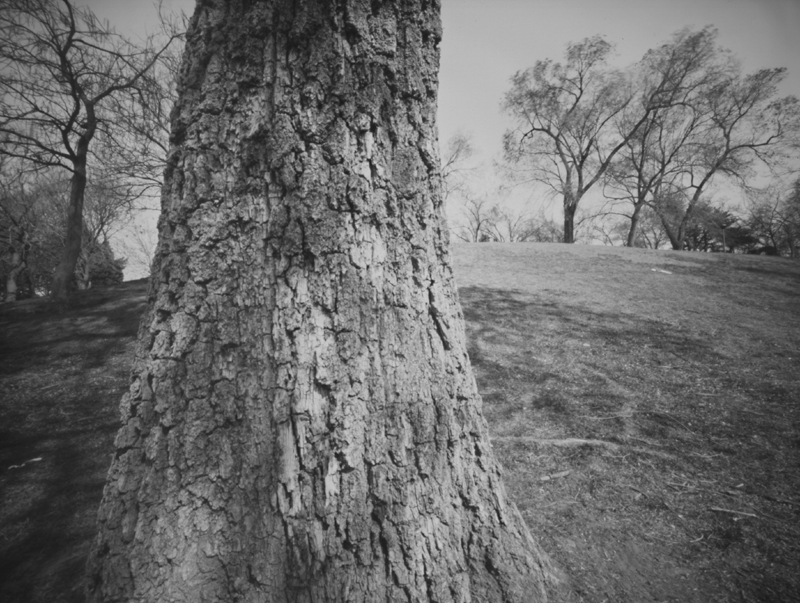 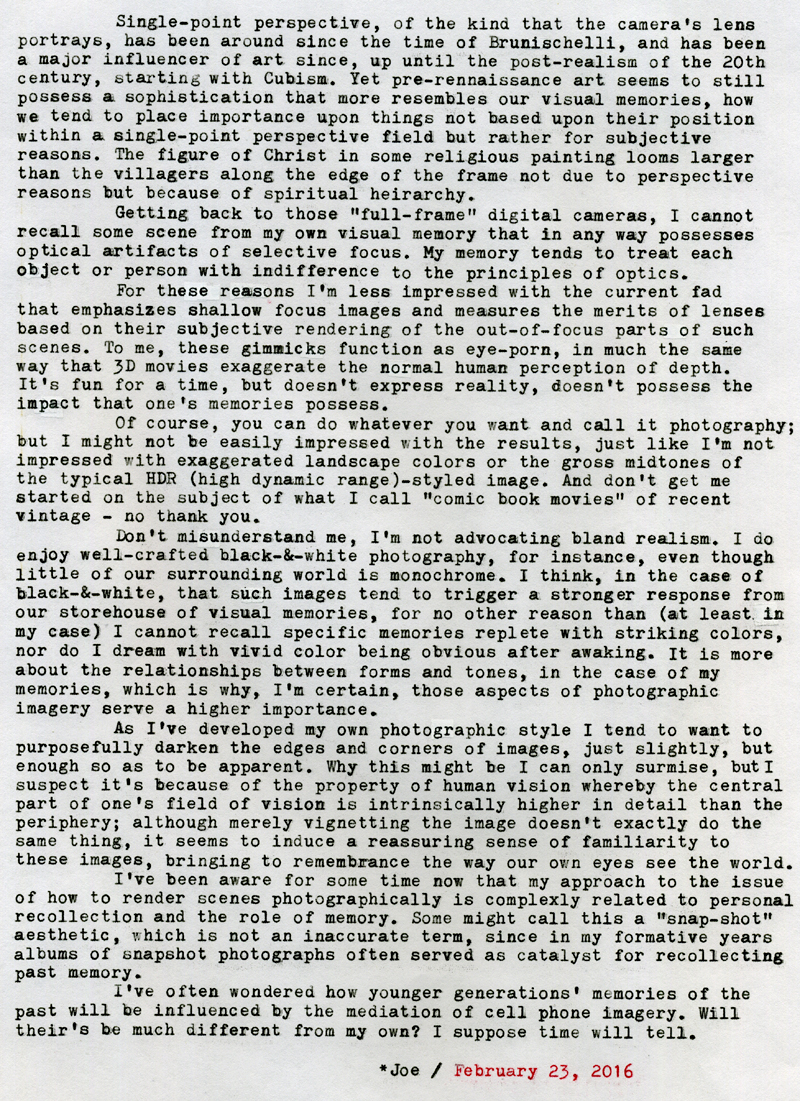 Post-Script: This article represents the first "typecast" within this blog. I had written a mashup of these thoughts earlier today, in my AlphaSmart Neo, with the intention of posting to my other blog, but later had the urge to do some typing instead (that is, typing via manual typewriter, something I've done extensively for my other blog). Before I started this blog, I would have posted this article to the other blog, but being as it was photography-related I think it belongs here.

I could have expounded further on this topic addressed herein. One thing I've noticed is that, back in the film days of the 1970s and '80s, depth-of-focus scales on camera lenses were often employed to maximize image sharpness, a common technique being to set one's lens to the hyper-focal distance for the aperture being used. The idea was to use as small of an aperture as subject movement and lens diffraction would permit. Plenty of photography magazine articles addressed this very issue. In large format photography, camera "movements" between the lens and film planes were also commonly employed to maximize depth-of-field, especially in landscape photography. Nowadays, Internet mavens seem to harbor this fixation over large-sized digital sensors as a means for minimizing depth-of-focus. Three decades ago, we would have been excited to have a small-sensor camera like a Fujifilm X10, that could render sharp images while having a small enough sensor to yield intrinsically wide depth-of-focus. It all seems upside-down now, especially since those large-sensor cameras are so darned expensive. And thereby lies my suspicion, that it's more a point of bragging rights - look, I can afford one of these and you can't.
Posted by Joe V at 3:02 PM