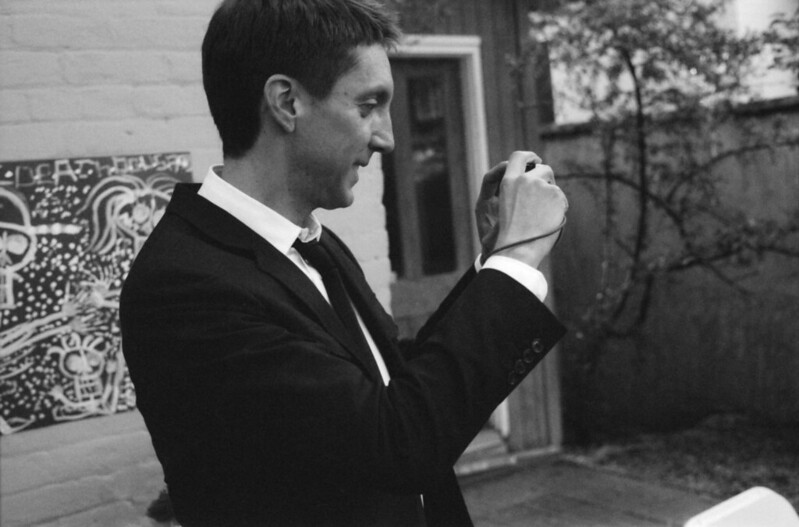 I've had these three rolls of film sitting around in my office for so long that I couldn't even remember what year they'd been exposed. I knew they were exposed because the film leaders were retracted in their cassettes, but that was about all. They were all Ilford FP4 Plus, medium speed black and white film.

My "analog" (gosh how I hate that term) photographic activity has been essentially dormant for a year, when I last was working with the instant box camera project and paper negatives; and before that it's been virtually exclusively paper negatives or Harman's Direct Positive paper, for a number of years. But film? Nada. Oh, maybe a few rolls of color, sent off to my local lab. But black and white? Nope, not even.

This is almost a sin. Having a darkroom at home, capable of processing and printing every kind of black and white film, from 35mm to 8"-by"10" formats, and prints up to 11"-by-14" in size. Two enlargers. A film drying cabinet of my own design. A hobbyist darkroom any photo student would be envious of. And what has it used for, these last few years? To store my darkroom equipment, that's about it. And Christmas and birthday gifts (but don't tell the grand-kids, okay?).

I'd been eyeing those rolls of film in my office for some time now. They'd been sitting in a green glass candy dish up on one shelf of my bookcase. I'd occasionally take them down, open up their containers and eye them suspiciously. After thinking about processing them, "one of these days," I'd put them back in the dish. 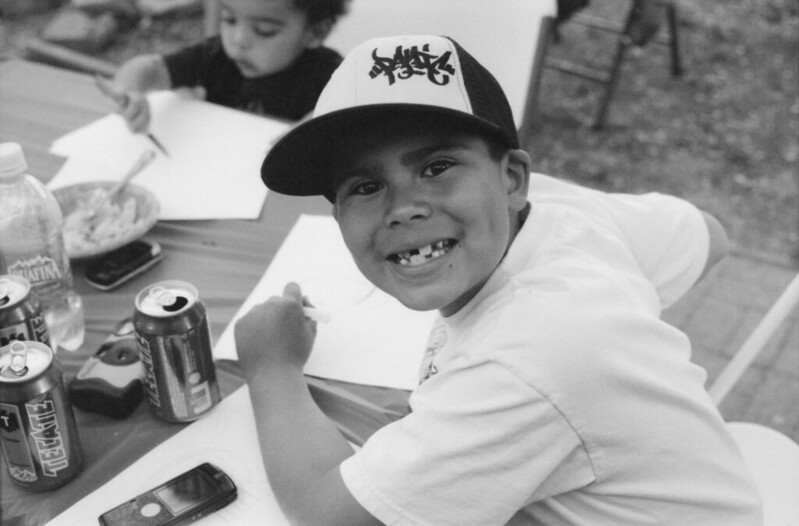 Last week I finally decided to tackle one of the rolls. I figured it was safe to start off with just one roll, since my skills were rusty and thus there'd be less to lose if something went awry. I also was suspicious of the quality of several bottles of developer sitting out in the darkroom. Getting up the nerve, I finally decided to give it a go.

Developer? I checked the bottle of HC-110 concentrate, but crystallization along the inside of the bottle ruled that out. Oh, well, more wasted money. Agfa Rodinal? Yep, a used bottle, only 1/3 full. Should I use it? My better judgement said no, despite Internet wisdom on its longevity. Finally I found a newer bottle of R09, a Rodinal-like substitute, that appeared in good condition, no crystals or other funkiness. Time to get busy.

I decided on a more standard dilution of 1 + 25, with regular agitation, despite more Internet suggestions of excess grain with Rodinal and I should be doing semi-stand development, for improved granularity, yadda-yadda-yadda. Sometimes you have to shut your ears to all the online experts and go with your gut feel. I'd had bad experiences, years ago, with used developer and development procedures I'd only read about and not experienced personally. Best to be safe. Don't jump in the deep end too soon.

I had less issues loading the roll of film than I expected. Sometimes these plastic film reels can be finicky, and other times they can be wonderfully easy. It's all a crap shoot. But this time I did something a bit more deliberate, which was to trim the two front corners of the leader, like what's suggested for loading old film cameras, and this helped a lot, keeping those otherwise sharp corners from snagging in the plastic reel as it's being threaded.

Not wanting to give any negative results an excuse, I was careful with the chemical mixing and also ensuring proper temperatures were employed. The data sheet on the bottle of R09 suggested 8 minutes development time, which I stuck to, while opting for agitation every 30 seconds, using my normal method of several medium speed inversions while the tank is being constantly rotated along its axis. I suppose it's like riding a bike, you never forget.

Past experience with issues of residue and dust taught me to use for the final rinse Kodak Photoflo surfactant diluted 1 + 200 into distilled water, which I measured accurately and mixed thoroughly. In the past, I'd been sloppy enough to just slop a bit of Photoflo into tap water without so much as any measurement at all, resulting in either a film residue left on the film after drying, from too much Photoflo, or water spots from not enough.

Whereas I used to hang the film in a bathroom shower whose cleanliness was questionable, this time I had the convenience of a film drying cabinet, that I built some years ago and used for drying prints but never until now had actually hung any film inside. Its 100 watt heat lamp and HEPA-filtered laminar airflow seems to work wonders in drying film with little or no dust spots, because my scans afterwards were virtually spot-free; hardly any clone-stamping work needed to be done in Photoshop. 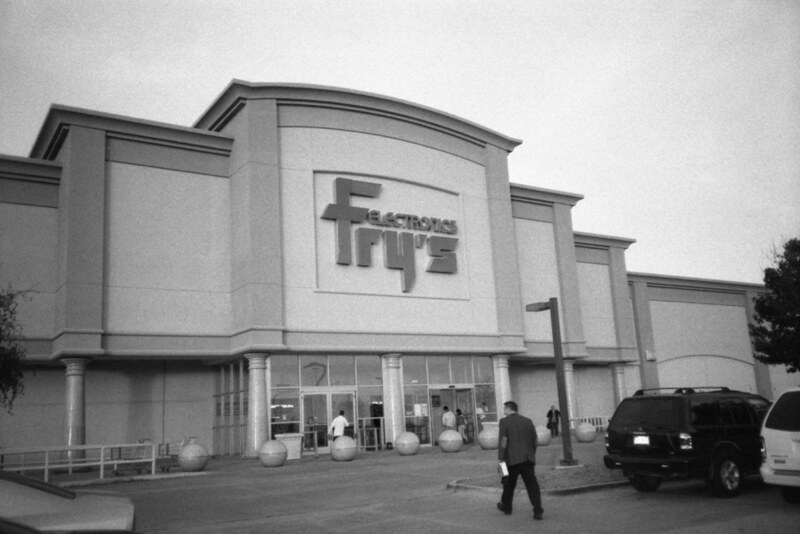 My results were promising enough that I tackled the other two rolls yesterday. This time I used white vinegar for stop bath, but otherwise everything was done the same, with the exception of agitation every minute instead of every 30 seconds. The results were also very good. 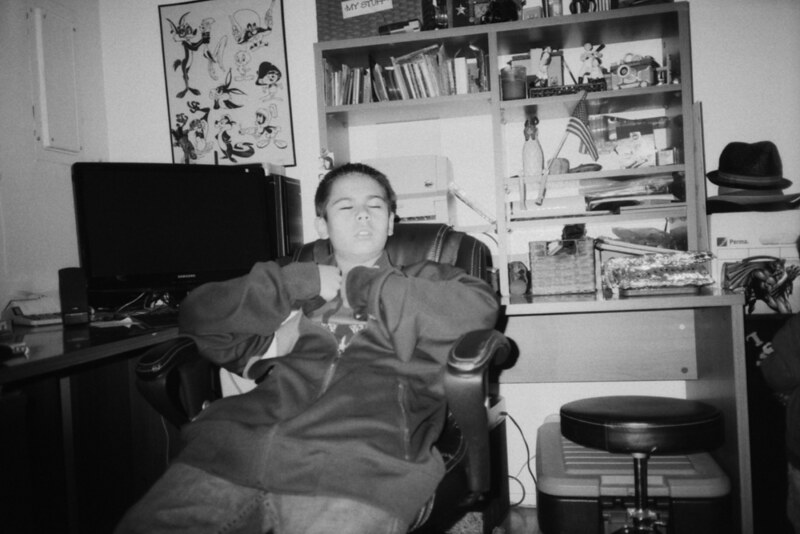 Afterwards, I found a roll of Ilford HP5 that had been exposed last December, and I again processed it with no issues. The roll hasn't yet been scanned, but initial inspection suggests good results.

Some years ago I bought a brick of the HP5 film from a local camera store, used some of it, but still had a number of rolls left. So this afternoon, buoyed by my recent processing success, I unearthed my Minolta X700, purchased last year from KEH Camera (and that's only seen several rolls of color film since), and loaded up a roll, with a yellow filter over the lens. I've yet to make any exposures, but I figure it's "almost free," since the film's been long payed for, as have the camera, chemicals and post-processing scanner and software. So it's almost the same as digital, except the added fun of processing and scanning. But working with manual focus film cameras is so enjoyable, and inexpensive, as to truly be a valid alternative to expensive digital systems for monochrome photography.

I don't know if this is just a soon passing fad, or if I'll stick with shooting more film. I hope it's the latter. The Minolta X700 deserves to be used more, as does my darkroom. I also have a Soviet-era Zorki IV and Kodak Retina IIIC rangefinder cameras that also need to be used more. And if I get enough good negatives, perhaps even a session of wet-printing onto gelatin silver paper might be in order. If so, I'll update you here.

I think the lesson here is never sell off your darkroom equipment just because you're currently not using it; nor should you tear down your darkroom, if you can at all help it, because film and printing paper are still readily available, as are all those wonderful old film cameras. Now's the time to take the leap, before economic considerations threaten the future of this marvelous medium.
Posted by Joe V at 6:26 PM